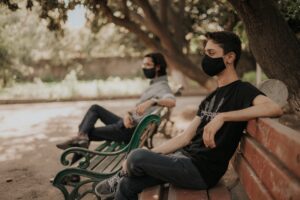 A new study, co-authored by researchers from McGill University’s departments of Psychiatry and Epidemiology and Project Someone director Vivek Venkatesh, is now available online in The American Journal of Health Promotion. The open-access article, titled COVID-19 Experiences and social distancing: Insights from the theory of planned behaviour, examines how COVID-related attitudes and experiences impact individuals’ social distancing behaviour. Drawing on the results of an online survey of over 3000 adult Quebec residents, the authors analyze how perceptions of COVID-related discrimination and stigma (alongside such factors as fear of infection and prior exposure to the virus) relate to people’s intentions and actions when it comes to social distancing. The authors contend that COVID-19 prevention efforts should balance campaigns that leverage fear of infection and emphasize social norms with anti-discrimination messaging, so as not to conflate a precautionary approach with a prejudicial one. “Perhaps most importantly,” they write, “our findings are instructive on guiding public health interventions that simultaneously protect people’s lives and develop responses to the epidemic that are inclusive, equitable and universal.” 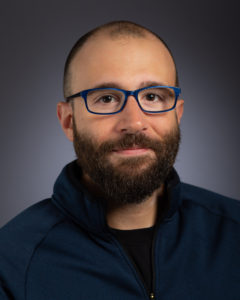 In the following blog post, Simon Rodier (pictured on the left) describes his time working with Project Someone on Words in Context and how this work relates to his Master’s thesis. 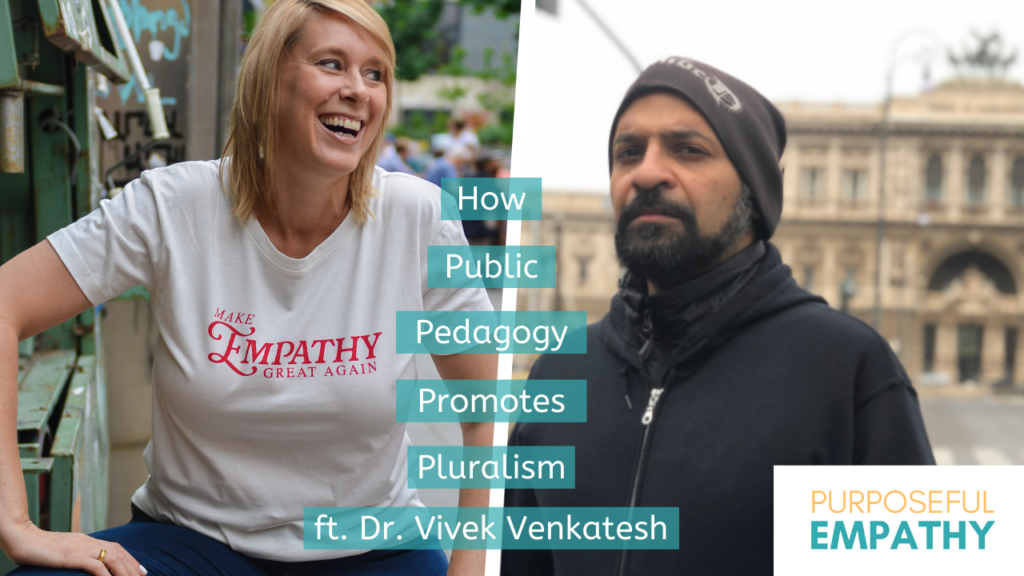 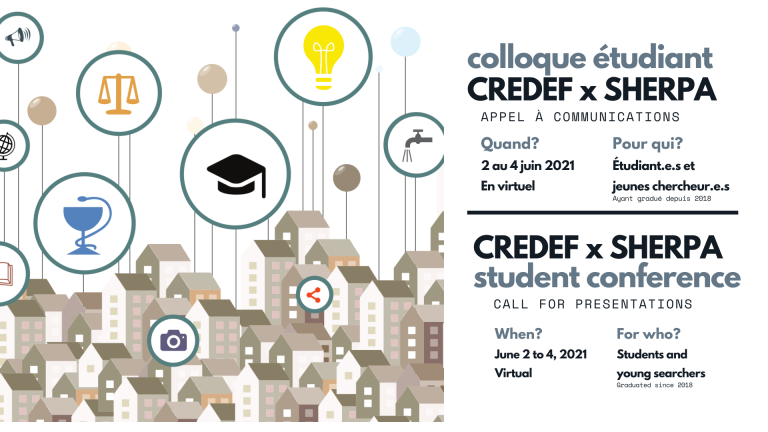 Project Someone Director, Vivek Venkatesh, will join the panel titled From citizen engagement to academic responsibility as part of the SHERPA-CREDEF Student  and Young Researcher Conference: Migration, diversity (s) and engagement: practical and research issues.

This panel aims to illustrate how personal and professional histories influence researchers’ paths, how they impact their research, and their teaching themes. 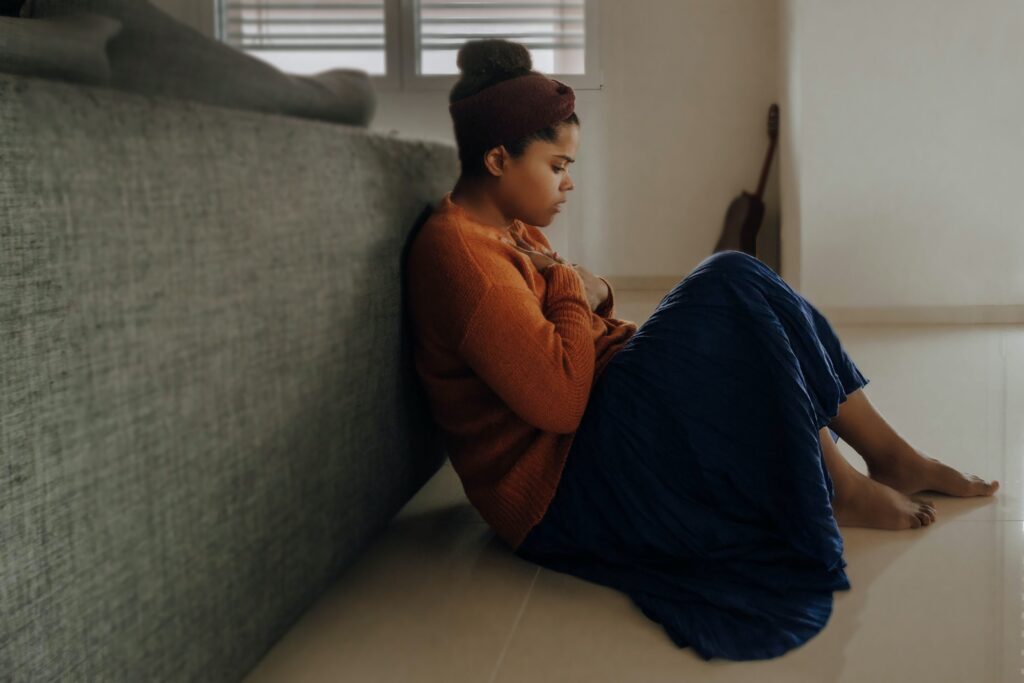 Project Someone Director, Vivek Venkatesh, and a multidisciplinary team of researchers from Concordia, McGill and the University of Ottawa recently published two articles examining the impact of the COVID-19 pandemic on minorities and marginalized communities.

Led by McGill University professor, CSLP member and Project Someone collaborator, Cécile Rousseau, the studies also examine the link between heightened racism during the COVID-19 pandemic and its effects on mental health.

Both articles appear in the International Journal of Intercultural Relations (IJIR) and BJPsych Open.

Read more about the project on Concordia University news 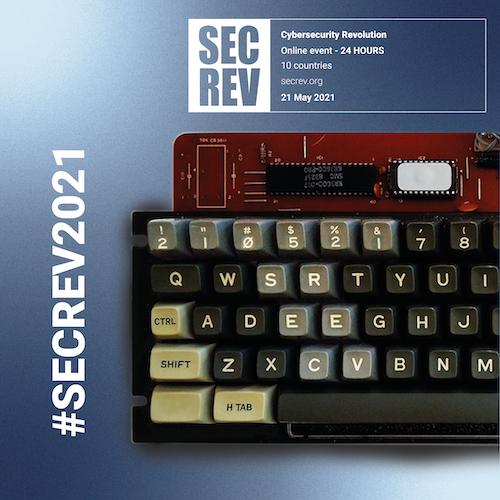 Project Someone Director Vivek Venkatesh is set to attend THE CYBERSECURITY REVOLUTION 2021 event where he will discuss the Landscape of Hope Project on May 21, 2021 10:00 UTC/ 6AM (Local).

This open and inclusive event streams from locations worldwide from UTC 0:00 until midnight. It is free to attend and requires no registration.

Viewers can ask questions in the chat and on twitter using #SECREV2021. 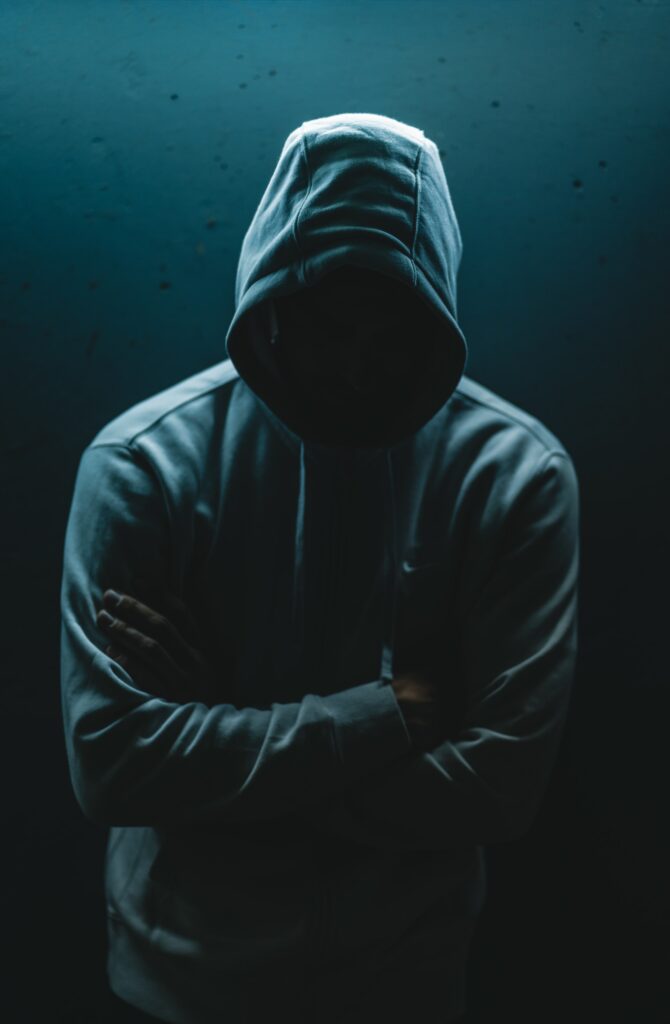 The University of Oslo’s Center for Research on Extremism (C-REX) recently featured Combating Violent Extremism: Insights from Former Right-Wing Extremists, a study by Project Someone collaborator Ryan Scrivens, its Director Vivek Venkatesh, and other collaborators Maxime Bérubé and Tiana Gaudette. 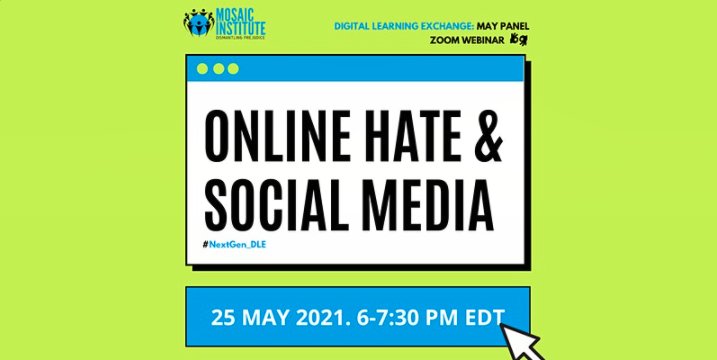 Project Someone Director, Vivek Venkatesh, will join the Mosaic Institute’s upcoming panel on combating discrimination and online hate through social media in the context of education and youth on Tuesday, May 25th, from 6-7:30 pm EDT on Zoom.

The Mosaic institute is currently offering monthly panels on key issues linked to peace and justice education to benefit students and teachers.

Register for this free public event. 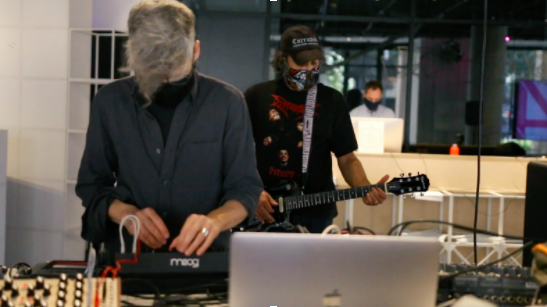 In November 2020, the Landscape of Hope collective conducted a COVID-safe artists residency at the 4th Space at Concordia University in Montreal / Tiohtià:ke. Below are videos of the final performance as well as interviews with the musicians and visual artists.

Over the period of over a week, the team collaborated in creating soundscapes and visual representations of resilience in a COVID-era.

Concordia student, Nakitta Hannah documented the event and it was organised by Kathryn Urbaniak. The residency was funded by Canadian Heritage and the FRQSC, and made possible thanks to The Office of the Vice-President, Research and Graduate Studies (OVPRGS) and the 4th Space.

Watch the interviews with the visual artists

Watch the interviews with the musicians 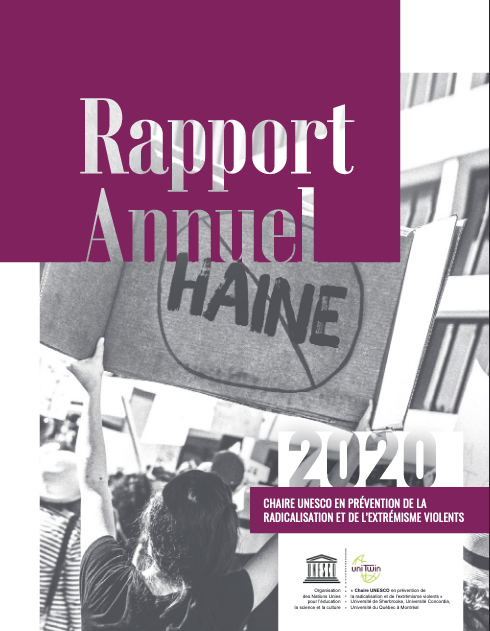 The UNESCO-PREV Chair’s watchwords for 2020 were adaptation and resilience in the context of the global Covid-19 pandemic.

Although the latter forced the postponement of several important events, the Chair offered its first massive open online course, “From Hate to Hope,” and developed PROFILE, a new toolkit on racial and social profiling.

The Chair also continued to expand its mapping of areas of expertise and its bank of experts in the prevention of violent radicalization and extremism. It also developed a new research program on misinformation, conspiracy thinking and violent extremism.

Despite an increase in acts of solidarity, we have witnessed a proliferation of misinformation, hateful discourse, intolerance and violent extremist ideologies. Consequently, the crisis has fuelled and reinforced an already well-established global trend. As a result, the Chair experienced a particularly active year in Quebec, Canada and internationally.