Welcome to Dr. Maxime Bérubé who recently joined Project Someone at Concordia University, having been awarded a SSHRC Postdoctoral Fellowship. Maxime will be working with Dr. Vivek Venkatesh, Director of Project Someone and Professor at the Department of Art Education at Concordia University, as well as Dr. Lorne Dawson, Director of the Canadian Network for Research on Terrorism, Security and Society (TSAS) and Professor at the Department of Sociology and Legal Studies at the University of Waterloo. The focus of Maxime’s postdoctoral project is to create social education strategies on jihadism, in order to prevent radicalization and violent extremism. 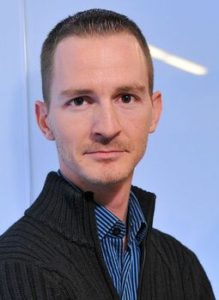 Maxime’s research interests focus on influence and communication activities leading to violence, terrorism and counterterrorism, social movements and innovation. Throughout his academic career, Maxime has actively contributed to the advancement of knowledge in his field of study, and has published many scientific articles in top-tier journals, such as Studies in Conflict and Terrorism and the Canadian Journal of Criminology and Criminal Justice. Along with writing several chapters in other edited books, he published Délinquance et innovation.

Maxime holds a PhD in Criminology from Université de Montréal, and his dissertation explored the diversity of jihadist influence activities by looking at English language videos disseminated by Jihadist organisations in the Middle East between 2006 and 2016, as it is one of the main media channels through which jihadists address their audience. Ultimately, Maxime analyzed jihadist discourse offering and generated a five-category speech typology:  advertising, identity, educational, media and moral discourse. Prior to his doctoral degree, Maxime completed an MA in Criminology, a BA in Security and Police Studies, and a certificate in Arab Studies at Université de Montréal, as well as a research internship at the Canada Research Chair on Conflicts and Terrorism in the Department of Political Science at Université Laval.