Ayaz Naseem talks about hate speech, freedom of expression, multicultural education, and his “The Online Other” project.

In this post 9/11 climate, prejudice and racism is directed at Arabs, middle easterners and those who practice Islam. How does it manifest in mainstream media and what is the resulting public discourse? This three-hour lesson plan addresses this question. The lesson plan was developed to teach CEGEP or undergraduate students critical media skills by examining the how the media reported two murder cases.

In June 2009 Mohammad Shafia, an Afghan immigrant to Canada, conspired with his wife and son to kill his first wife and three daughters by drowning them in Rideau Canal near Kingston Ontario. In May 2012 Luka Rocco Magnotta killed and dismembered an international Chinese student in Montreal. These events created an intense civic engagement in both online and offline environments.

In this lesson plan, students will critically examine:

A list of additional references with links to articles on the Magnotta and Shafia cases for teachers are provided.

Articles published by the New York Times in 2015 which serve to shape the current security environment in the United States were collated in a reference list. This list would be useful for case study research, or media research on the role of the New York Times plays in promoting American militarism and the War on Terror. The abundance of articles that appeared in The New York Times in that one year demonstrates the prevalence of the discourse and how that prevalence serves to keep a population fearful of the “other”.

These articles were extracted from the academic and practitioner literature and mainstream media. It provides a good overview of the subject matter in that it defines Islamophobia, describes its origins, summarizes current research and provides online examples of hate speech and hate crimes. This reference list would be useful for research purposes; teaching about 911, terror, trauma and to foster critical media awareness skills in the classroom. 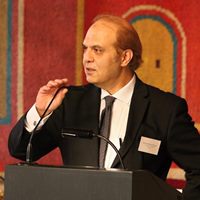 Ayaz Naseem holds a Ph.D. in comparative and international education from McGill University and is currently a professor of education at Concordia University. His research interests include peace education, social media, feminist theory and post-structuralism, diversity in classroom, and democratic and citizenship education. 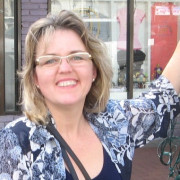 Michelle Savard is a third year doctoral student in the Faculty of Education at Concordia University. Her research concerns formerly abducted young mothers in Northern Uganda and the efficacy of a self-directed approach to social reintegration.

Addressing Islamophobia Creatively in the Classroom.

Islamophobia has been described as a form of racism based on religious orientation and on a groundless fear of Islam. The Islamophobic discourse distorts Muslims and their beliefs while accentuating differences in worldviews and the lethal threat it presents to western wealth, values and a way of life. The aim of this paper is to provide educators with the background information and approaches they need to teach about how Islamophobia seeps into the media, internet and public discourse. The paper begins by defining Islamophobia, providing evidence of its manifestations in the form of hate speech and hate crimes and provides examples of its pervasiveness in the media and the internet before and after 9/11. To help students develop critical media skills, the article examines the manipulative methods used by the media and politicians to misrepresent Muslims. The last part of the article provides specific information to teachers on how to teach about Islamophobia, its history and the subtle ways it manifests on the internet and in the media.

This paper examines three events between February 2009 and May 2012 that created news waves and intense civic engagement in Canada. In February 2009, Guy Turcotte a cardiologist killed his 2 minor children. In June 2009, Mohammad Shafia, an Afghan immigrant to Canada conspired with his wife and son to kill his first wife and three daughters by drowning them in Rideau Canal near Kingston. In May 2012 Luka Rocco Magnotta killed and dismembered an international Chinese student in Montreal. These events created an intense civic engagement in both online and offline environments. In social media environments every news item related to these events was keenly followed and engaged with by the Canadian civil society. There was a spirited and widespread condemnation of the horrendous acts. However, it was also apparent in these engagements that the Shafia crime was understood not only in terms of the horrendous nature of the crime but that the situationality of the group that the perpetrators of the crime belonged to in the wider post-9/11 national security state environment in Canada made people understand and react to the crime differently from the way that other two crimes were understood. In other words the security environment conditioned the understanding of the crime and the perpetrators. Such understandings of particular ethnic, religious groups have the potential of spilling over in the ways that some people and groups are understood, reacted to and engaged with in the society at large.

Teaching about Extremism, Terror and Trauma: 9/11— Policy, Pedagogy and Curriculum

To study this urgent issue within an educational context, we partnered with Nova Southeastern University and held a symposium at Concordia University in Montreal Canada on March 23-24, 2015. The symposium delegates consisted of a team of international experts from several countries—the US, the UK, Canada, Germany, the Netherlands, Indonesia, and Saudi Arabia, including one leading educational research and practice institution in Europe. All delegates shared their research and led discussions on how to enhance the capacity of educators to address post 9/11 policy, pedagogy, and curriculum in comparative and trans-disciplinary contexts.