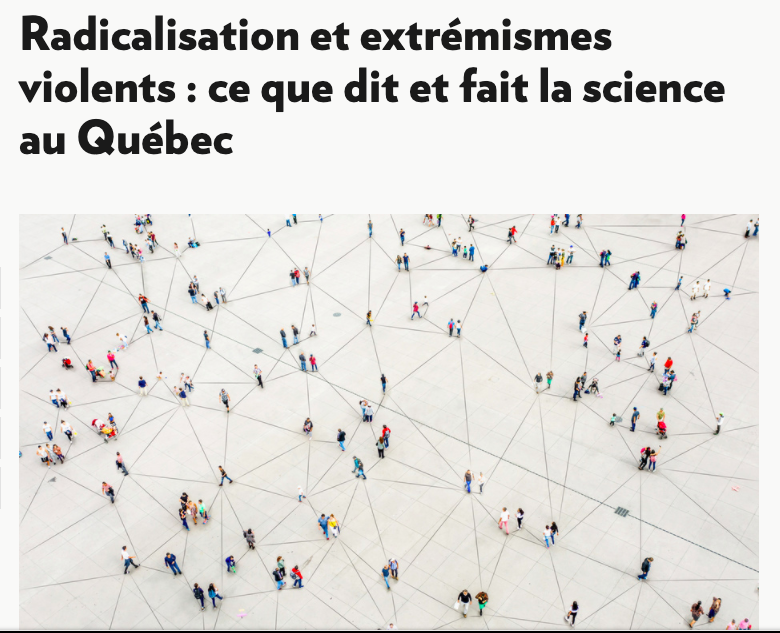 In the La Presse article titled « Radicalisation et extrémismes violents: ce que dit et fait la science au Québec » [Radicalization and Violent Extremism: What Science Says and Does in Quebec], UNESCO Chair in the Prevention of Radicalization and Violent Extremism co-Chairs and Centre for the Study of Learning and Performance (CSLP) members David Morin, Ghayda Hassan, and Vivek Venkatesh, along with co-signatories and UNESCO-PREV and CSLP members Marie-Ève Carignan, Cécile Rousseau, and Pablo Madriaza, respond to an article by Gérard Bouchard published in the same newspaper, offering an overview of the work and actions which are taking place in this field in Quebec.

To read the article (in French only), please click here.