The following five policy briefs were developed by Tieja Thomas and the Project Someone team. These briefs summarize the findings from our CACDA analysis of particular incidents in online conversations in Canada around specific themes of Islamophobia, misogyny towards female parliamentarians, the Far Right, multiculturalism, and missing and murdered indigenous women and girls.Each brief contains a summary, methodology, discussion and reference, as well as suggested readings.

The briefs can be downloaded here.

The Far-Right in Canada

Drs. Tieja Thomas and Vivek Venkatesh introduce methods for approaching research in digital environments. In this video they provide an overview of popular digital research methods and important methodological considerations.

In the second video of the workshop, they guide participants through hands-on CACDA of e-data. Participants are invited to consider ways of developing innovative methods for studying online spaces, communities, and digital culture by considering, for  example, the potential contributions of reflecting online site affordances within analytic approaches.

By the end of these videos, participants will come away with concrete strategies for thinking about, engaging in, and representing digital research. 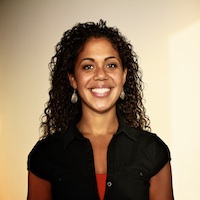 Tieja Thomas is a researcher and educator who studies issues at the intersections of citizenship education, educational technology, and social change. Specifically, she thinks, teaches, and writes about the social risks and opportunities associated with advances in new communication technologies and their effect on citizens’ wellbeing.

Abstract
This dissertation reports on findings from a research study that sought to trace how discourses of Canadian citizenship and the resultant social relations that they produce evolved alongside online discussions of Quebec’s proposed Charter of Values. The presentation of The Charter spurred much debate amongst citizens living not only within Quebec, but across Canada, as well. In response, Canadian citizens took to the Internet, among many outlets, to exercise their personal and political agency in order to engage in at times, antagonistic conversations about
this controversial socio-political topic. As citizens debated the relative merits of The Charter and voiced their agreement or disagreement with the Quebec government’s proposition, they began to define for themselves what
it means to be a citizen. This inquiry used corpus-assisted (critical) discourse analysis to examine 34 online discussions concerning The Charter appearing within one online environment (reddit). It aimed at three interrelated objectives: 1) to trace how citizens’ conceptualizations of citizenship and the social relations that they produce evolved alongside online discussions of Quebec’s proposed Charter of Values, 2) to analyze these conceptualizations in order to determine where these articulations converge and/or diverge from existing discourses of citizenship, and 3) to assess the possibility for Canada to constitute a site of both radical and plural democracy. Findings from this research reveal that online discussion were framed primarily by discourses of liberal democracy, nationalism, and the current Western security environment, which are deeply in tension with respect to themselves and to one another. Despite these tensions, however, findings reveal that groups who are perceived as occupying majority positions within society often attempt to delegitimize overt counter-discourses that challenge dominant conceptions of Canadian citizenship. Regrettably, this forecloses the possibility of transforming conflicts arising from difference into sites of socio-political flourishing. This research highlights the need for citizenship educators to engage with pedagogical strategies that open up spaces for contestation and conflict surrounding issues of privilege, belonging, and cultural difference. Moreover, it forwards potential strategies to converge the on- and offline
worlds in favour of citizenship for and within radically democratic and plural societies.

“Check your beliefs at the door or get out”: The challenge for citizenship education in Canada

Thomas, T. (3 June, 2015). President’s Spotlight Session paper presentation at the meeting of the Canadian Society for the Study of Education, Ottawa, ON.

This presentation reports on a study that used corpus-assisted (critical) discourse analysis in order to examine several online discussions surrounding the province of Québec’s proposed Charter of Values. Such an inquiry aimed to highlight the relationships and social configurations that were produced as a result of citizens’ interactions within one relatively unmediated and arguably heterogeneous virtual social space. Framed by radical democratic theory, this research supported an examination of which discursive configurations invited contestation and which did not, thereby revealing the role and consequences of power, authority, and control. Findings from this research reveal that online discussion were framed primarily by discourses of liberal democracy, tolerance, and the current security environment, which are deeply in tension with respect to themselves and to one another.  Significantly, any overt counter-discourse that challenged dominant conceptions of what it means to live in a liberal democracy was quickly delegitimized. Findings from this research project highlight the need for citizenship educators to engage with pedagogical strategies that open up spaces for contestation and conflict surrounding issues of privilege, belonging, and cultural difference.

Thomas, T. (1 December, 2015). Invited presentation for the Department of National Security and Public Safety; The Conference Board of Canada, Ottawa, ON.