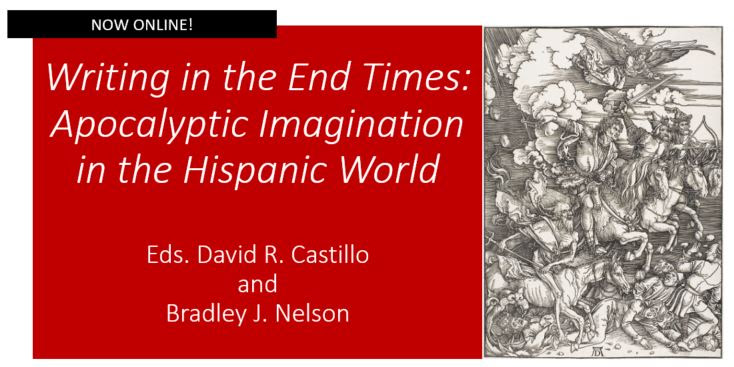 Bradley Nelson and Vivek Venkatesh of Concordia University in collaboration with Jason Wallin of the University of Alberta, have recently published a new piece titled “Necrophilic Empathy: An Urgent Reading of Miguel de Cervantes’s La Numancia” in Hispanic Issues Online.

According to the foreword, “This essay continues a conversation that began several years ago between Brad Nelson, an early modern scholar of Hispanic literature, and two specialists in Education, Vivek Venkatesh and Jason Wallin, concerning the use and misuse of public spectacle and the social media that frame said spectacles with respect to the modern phenomenon of hate speech. Nelson’s research has centered on emblematic allegory, the political use of visual spectacle and, lately, aesthetic mediations of early modern scientific thought. His interest in the religious, ethnic, and racial ‘othering’ that occurs with such frequency and efficacy in Spanish Golden Age theater was the point of departure for fruitful discussions and collaborations with Venkatesh’s and Wallin’s work on homologous modes of violence in and surrounding various extreme metal scenes. Venkatesh has theorised how individual and communal identities influence the production and consumption of narratives of dystopia, racism, violence and terrorism in post-modern contexts. His work is grounded in elements of social pedagogy, which—in an era of post-web 2.0—advocate for the reflexive and inclusive adoption of mobile and digital media in creating frameworks for pluralistic dialogues. Wallin’s research attends to the psychoanalysis of hate and its vehicles in popular media and media consumption. Attending specifically to film and music media that explore hatred and horror, Wallin’s work attempts to articulate the precursors of hate and the particular psychological make-up that founds hateful speech and actions” (97–98).

The article is part of Writing in the End Times: Apocalyptic Imagination in the Hispanic World, the latest volume of Hispanic Issues online and edited by David Castillo and Bradley Nelson.

You can read the full open access article by clicking here.