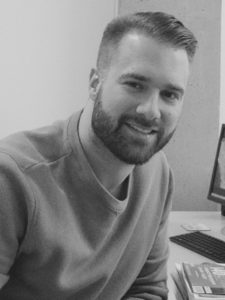 Ryan Scrivens was recently awarded a Horizon Postdoctoral Fellowship at Concordia University, and he is the newest member of Project SOMEONE. Ryan will be working with the Director and Principal Investigator, Vivek Venkatesh, to build resilience against hatred and radicalization leading to violent extremism, both on- and offline. His primary research interests include: right-wing extremism, hate/bias crime, countering violent extremism, and research methods and methodology.

Ryan has been studying right-wing extremism for the past six years and was co-author of a three-year study – funded by Public Safety Canada – on the right-wing extremist movement in Canada, which involved interviews with Canadian law enforcement, community activists, and right-wing activists. This study was well-received by scholars, policy-makers, and practitioners, and thus garnered him a national and international reputation as a leading expert on right-wing extremism in Canada. His work has been covered by an array of national and international media sources in the past year, including BBC News, The New York Times, Vice News, CBC News, The Globe and Mail, and National Post. He’s also presented his findings before the Royal Canadian Mounted Police (RCMP), the Canadian Security Intelligence Service (CSIS), the Swedish Defence Research Agency (FOI), and the Centre of Excellence for National Security (CENS) in Singapore.

Prior to his postdoctoral appointment, Ryan completed a PhD in Criminology at Simon Fraser University (SFU), with an emphasis on how extremists use the Internet. For his dissertation, Ryan used computational tools to analyze the sentiment found in an online community of the radical right through a Big Data analysis and a mixed-methods approach. The purpose of this research was threefold: (1) provide insight into what constitutes radical posting behaviour online; (2) shed light on authors’ posting behaviours and associated patterns that may contribute to their broader collective identity, and; (3) enhance some of the machine learning tools that have been commonly used to analyze Big Data. Ryan also completed an MA in Criminology at the University of Ontario Institute of Technology (UOIT), studying the theoretical and pragmatic complexities of policing hate crime through in-depth interviews with Canadian law enforcement officials.

His blend of theoretical knowledge of right-wing extremism, hate crime and diversity issues, paired with a mixed-methods approach to understanding online extremism, will complement the existing skills that are found on the project.