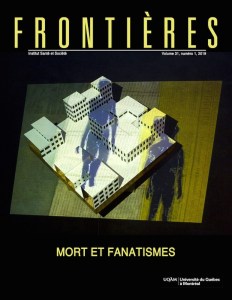 According to the abstract, “Since 2014, the Islamic State (also known as ISIS) has managed to attract a large number of Western foreign fighters. The spread of its message via social media and encrypted applications has allowed the group to recruit several members and supporters. Through its propaganda, ISIS promotes various facets of its ideology, one of the most significant of which is the ideology of death. Death is in fact dictated by a particular interpretation of the jihad tradition, and inspired by contemporary martyrological narratives. In this article, we used the Open Source Intelligence Framework (OSINT) to observe how the group manages to communicate its ideology through the production of videos, instruction manuals on how to die and religious songs. Through such media, we are witnessing the construction of a social identity by the Islamic State members and supporters, leading to a collective appropriation of the values and actions of the group. Therefore, it is not surprising that some of its members kill themselves for the group’s cause, and that its supporters celebrate the virtues of their martyrs.”